On November 20, 2013, amidst a sea of waving tennis racquets, the Palm Springs City Council voted unanimously (4-0 with one recusal for business reasons) to make Racquet Club Cottages West (today known as Racquet Club Garden Villas (RCGV)) the city’s third historic district. Enthusiastic and compelling public comment in support of the designation was made by PSPF president Erik Rosenow and RCGV Homeowners Association president Kim Zakowski. Both speakers noted the scholarly content of the nomination and the overwhelming owner support for the historic designation. Councilmember Ginny Foat commented that on a recent visit to the RCCW complex one could still “feel the history” of the property.

On May 23, 2013 PSPF submitted the historic district nomination for the RCCW complex to the city of Palm Springs. The nomination was written by PSPF board member Ron Marshall.

The Racquet Club Garden Villas (RCGV) Homeowners Association (HOA), in partnership with PSPF, is pursuing historic district status and as of early May 2013 a majority of the RCGV homeowners have already signed a “document of support” for the effort. 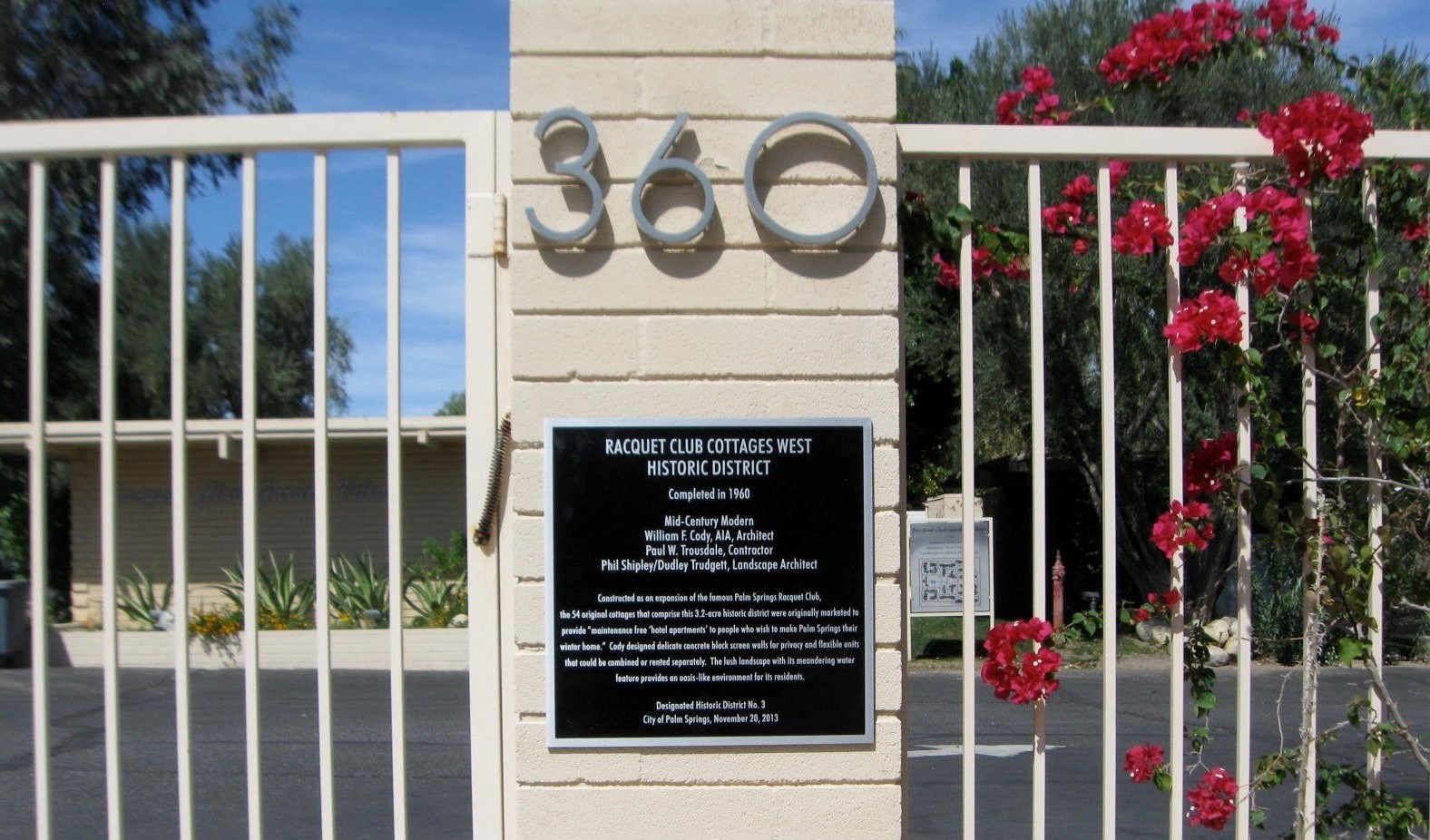