Royal Hawaiian Estates is a 40-unit complex comprised of 12 separate buildings on five acres. Designed by the architecture firm of Wexler & Harrison in 1960, the complex blends the modernist aesthetic with Polynesian architectural detailing (including “tiki apexes” and “flying sevens”). With the help of the Palm Springs Preservation Foundation (most notably PSPF board member Patrick McGrew) the complex became the city of Palm Springs’ first residential historic district in 2010.

On October 10, 2014 Royal Hawaiian Estates held a ceremony on the grounds of the complex celebrating the installation of their historic district marker. Attending the ceremony was architect (and honorary PSPF board member) Donald Wexler, FAIA.

On February 3, 2010 the Palm Springs city council voted 4-1 (Pougnet, Hutcheson, Foat and Weigel supporting) to approve the designation of the Royal Hawaiian Estates as the city’s first residential historic district. PSPF President Ron Marshall made public comment in support of this significant “first” in the life of the city. Architect Don Wexler also attended the city council meeting in support of the nomination. We congratulate the residents of the Royal Hawaiian Estates on this historic achievement and recognize former PSPF board member Bill Lewallen for his key leadership in this effort.

On October 26, 2009 PSPF wrote a letter to the city’s Historic Site Preservation Board strongly supporting the historic district designation of the Royal Hawaiian Estates (RHE) condominiums. The 12 buildings and 40 units that make up the RHE complex were designed by the architectural firm of Wexler & Harrison in 1960, and are a wonderful example of Polynesian or “tiki”-inspired modernist architecture. RHE was prominently featured in PSPF’s 2002 tribute journal Desert Polynesia: A Tiki Weekend in Palm Springs. To read the PSPF letter click here. 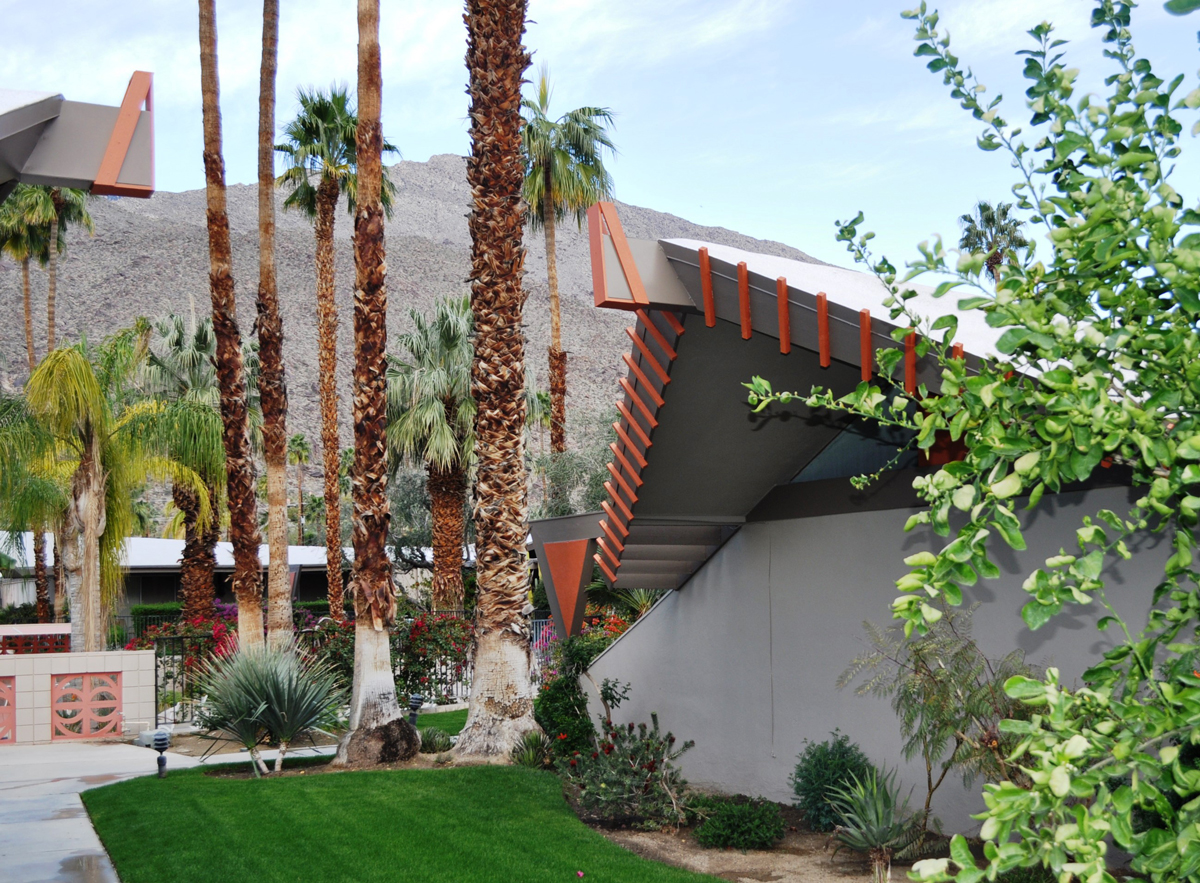