Built in 1957, Desert Holly is a 14-unit complex comprised of eight buildings. The buildings surround a recreational area whose major component is a large pool. The beautiful modernist complex was constructed by talented Long Beach master builder and developer William J. O’Brien, Jr. Originally a cooperative, Desert Holly was converted to condominiums in 1998. Desert Holly is visible from one of the city’s busiest streets.

On October 8, 2019 the city of Palm Springs’ Historic Site Preservation Board met and voted unanimously (4-0) to recommend to the city council the creation of the Desert Holly historic district. PSPF board member Ron Marshall made public comment in support of the nomination. Desert Holly homeowner Jim Hanlin commented that historic designation was supported by 100% of Desert Holly residents and thanked PSPF for helping with the nomination. HSPB board member Dick Burkett graciously took time to compliment PSPF’s efforts with regard to historic nominations in general.

On March 15, 2018, PSPF was notified by the Desert Holly Homeowners Association (HOA) that they had voted to pursue historic district designation. Palm Springs Preservation Foundation board members Ron and Barbara Marshall volunteered to write the Desert Holly Historic District nomination. 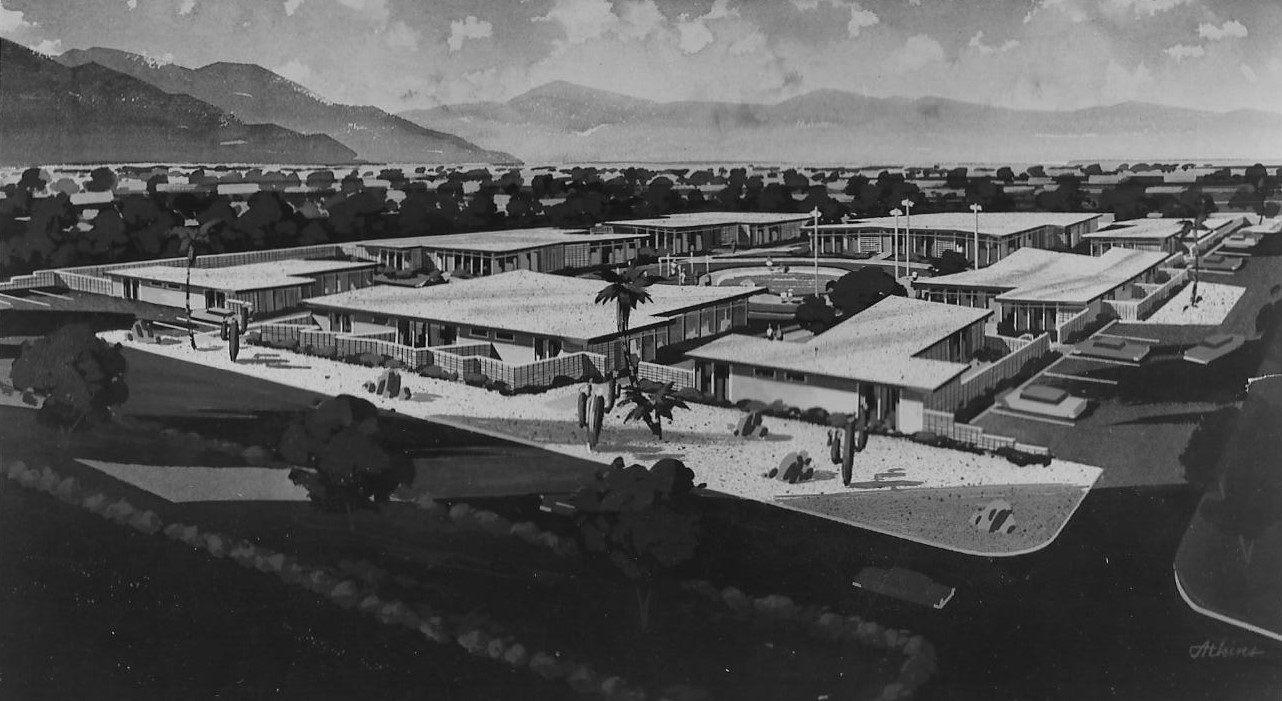