The 40-units of Sandcliff Garden Apartment Homes were the first “garden apartments” to be zoned for medium density development in the area of south Palm Springs along Barona Road and south of Highway 111. Developed by the Berkeley Square Company and designed by Sherwin L. Barton, Sandcliff is a superb example of “Desert Modern” architecture and the “lifestyle” condominium complexes that became so popular throughout Palm Springs in the 1960s. Sandcliff has remained remarkably intact since the completion of its construction in 1964. Aside from its architectural significance, Sandcliff represents a historical moment in Palm Springs’ urban development.

On May 12, 2015 the city of Palm Springs’ Historic Site Preservation Board met and voted 7-0 to forward a proposed resolution to the city council to create the Sandcliff Garden Apartment Homes historic district.

In late October 2014, Melissa Riche (a PSPF member, design writer and public relations consultant specializing in architecture and real estate) was engaged by the PSPF board to research and author the Sandcliff Garden Apartment Homes historic district nomination.

On April 26, 2013, and again on October 5, 2013, Sandcliff Homeowners Association (HOA) representatives met with PSPF representatives to discuss the process of becoming a Palm Springs historic district. 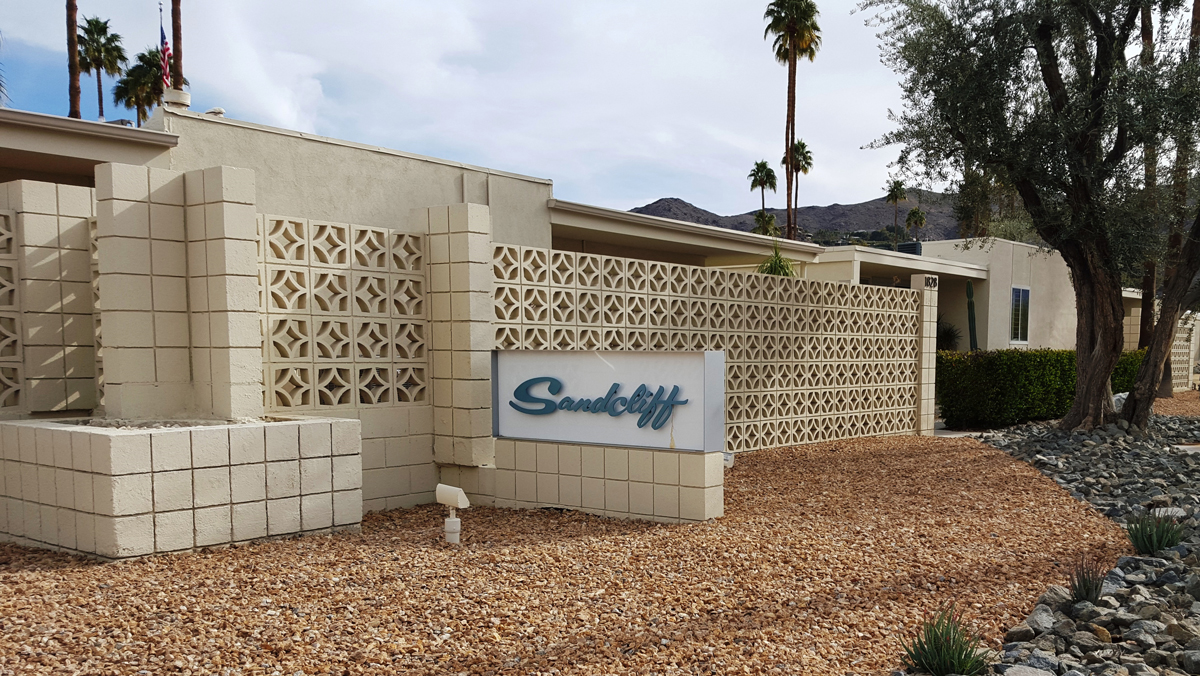