This beautiful pavilion-style modernist residence was designed by architect William F. Cody in 1962 for millionaire socialite James Logan Abernathy (1890-1980). L-shaped wings are attached to the central pavilion at the northeast and southeast corners, recalling architect Richard Neutra’s “pinwheel” floor plans. Each wing is surmounted by a hipped roof structure finished with shake shingles. The single-story 4,680 square foot structure features evenly-spaced wooden columns which support a nearly continuous pergola that surrounds most of the house and connects the outer pavilions to the center, thus extending the “roofed” area to nearly 10,000 square feet.

On February 6, 2013 the Palm Springs city council voted unanimously (4-0) to designate the James Logan Abernathy Residence (William Cody, 1962) a Class 1 historic site. During public comment PSPF board member Ron Marshall lauded the owner’s fine stewardship of the property and asserted that the Abernathy Residence was one of the reasons that the city’s architecture has gained an international reputation. City council members also applauded the scholarship of the nomination prepared by PSPF board member Patrick McGrew. Of note, the entire site was included in the historic designation.

On January 8, 2013 the city’s Historic Site Preservation Board voted unanimously to recommend to city council approval of the Class 1 historic site designation of the Abernathy Residence (to include the site).

On December 11, 2012 the Historic Site Preservation Board met to consider the Class 1 historic site nomination of the Abernathy Residence. PSPF board member Ron Marshall made public comment in support of the nomination. The matter was “continued” to the January 2013 HSPB meeting pending a site visit to the property.

On September 25, 2012 the Palm Springs Preservation Foundation (acting as agent for the owner) submitted the Class 1 historic site nomination for the Abernathy Residence to the city’s Historic Site Preservation Board. The nomination was prepared for PSPF by PSPF board member Patrick McGrew. 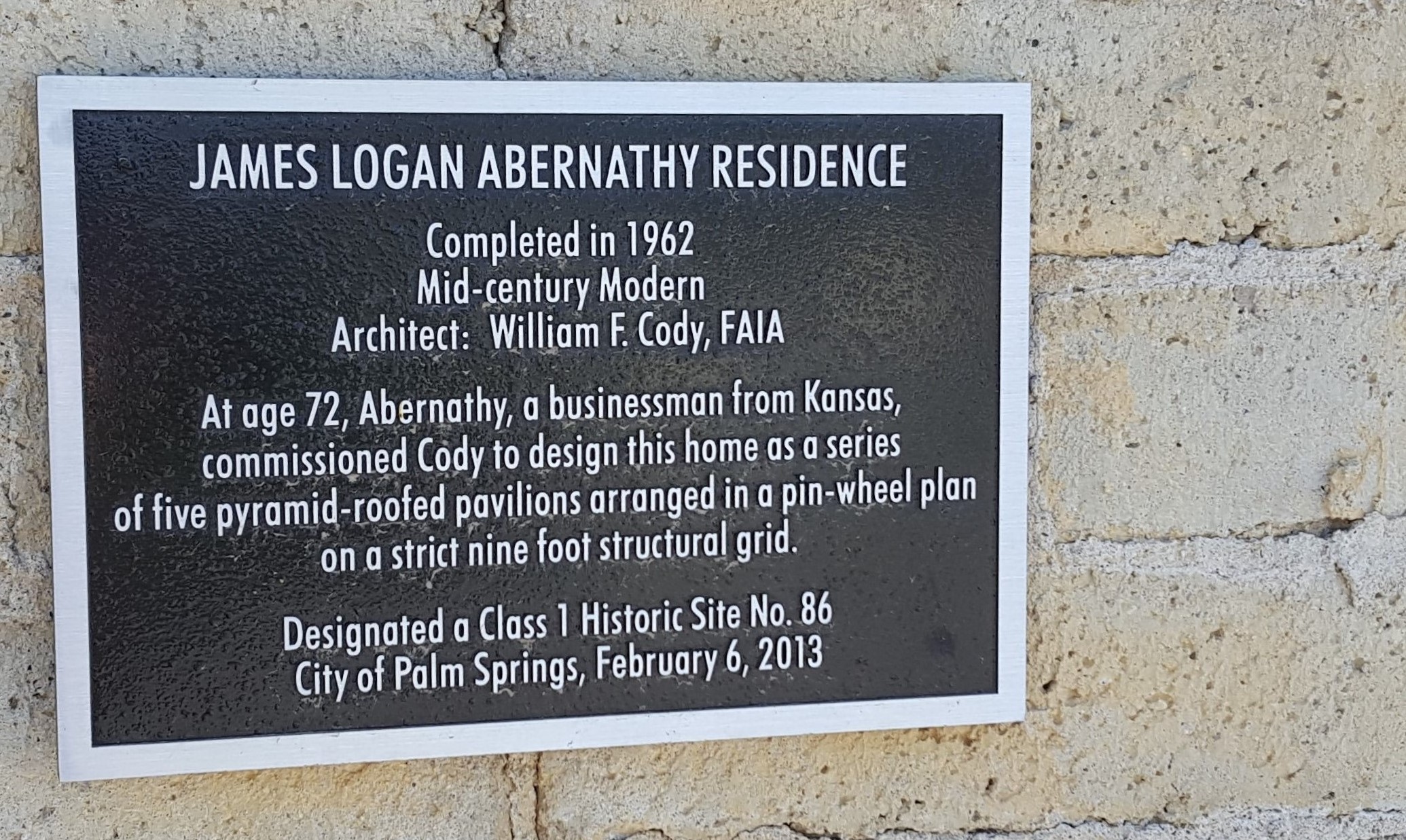