After many months of intensive efforts by the homeowners of the Wexler Steel Development Houses, on February 25, 2011 the city of Palm Springs sent a letter to Community Dynamics informing them that the city had decided not to renew the “Exclusive Agreement to Negotiate” (EAN) between the city′s Redevelopment Agency and Community Dynamics (the EAN had expired on February 16, 2011). This ended the relationship between the city and Community Dynamics and with it the 51-unit affordable townhouse project adjacent to the Wexler steel houses. PSPF salutes the homeowner′s successful efforts to ensure that nearby development is sensitive to the character of the historic steel houses.

On May 19, 2010, the Palm Springs city council heard a parade of citizens, including PSPF President Ron Marshall, voice their objections to the proposed Community Dynamics project. While two council members eloquently argued to deny the flawed project outright, ultimately the decision was made to “continue” the item pending an opinion from the city council′s Housing Committee (i.e., council members Mills and Hutcheson). The Housing Committee was directed to provide specific recommendations to improve the project which will be discussed by the council at a future date. The hope is that this specific guidance can be given to the city′s Planning Commission to help hammer out a “compromise” proposal that addresses the concerns of Community Dynamics, local homeowners and the commission itself. That said, the developer′s track record of intransigence on the primary issue of density (housing units per acre) makes such an outcome doubtful, and may very well signal an end to this project.

On May 8, 2010, PSPF sent a letter to the Mayor and city council asking that they deny a development proposed by Community Dynamics (Case No. 3.3333 MAJ/7.1231 AMM). The proposed Community Dynamics moderate-income town-home development consists of 51 housing units and associated parking on a 3.6 acre site. The site is of great interest to preservationists because it abuts the historic Class 1 Wexler Steel Development Houses (1961) at the southeast corner of North Indian Canyon Drive and San Rafael Road. While PSPF (and local residents) support the sensitive development of the land adjacent to these historic homes, PSPF argues that the city committed an error of omission by failing to re-evaluate the zoning of the land as the historic and architectural importance of the Steel Development Houses has emerged. Particularly disturbing is that the developer has repeatedly ignored recommendations by the city′s Architectural Advisory Committee, the Planning Commission and the Steel House homeowners to improve the proposed development. PSPF shares many of these groups concerns including high-density, multiple setback variances, lack of architectural creativity, light and noise pollution, intrusion on the privacy of the adjacent residential units and a host of other quality-of-life considerations. Many of these concerns impact not only the local homeowners but the prospective residents of the proposed complex. 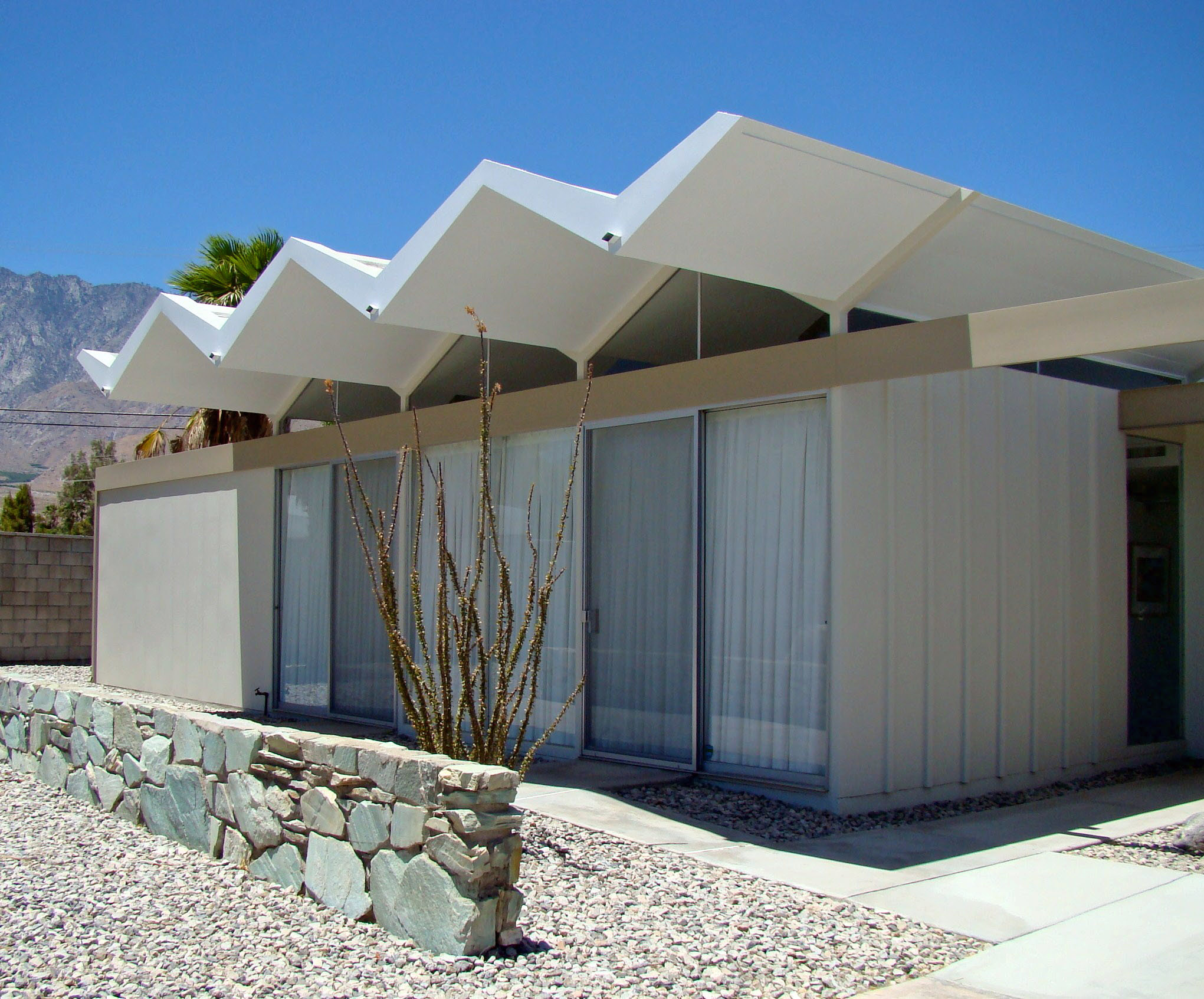