One of the most interesting modernist homes in the prestigious Vista Las Palmas neighborhood of Palm Springs, the Theodore & Claire Morse Residence (1960) started life as an Alexander tract home designed by the firm of Palmer & Krisel. In 1961, the Morses commissioned renowned Los Angeles architect Harold “Hal” Levitt to glamorize and expand the home turning it into a Hollywood-style “entertainment residence.” The Morse Residence is considered by many to have the best pool and bar entertainment combo in Palm Springs.

On June 9, 2015 the city of Palm Springs’ Historic Site Preservation Board met and voted 7-0 to forward a proposed resolution to the city council to designate the Morse Residence a Class 1 Historic Site.

On March 3, 2015 the Palm Springs Preservation Foundation (acting as agent for the owners) submitted the Class 1 historic site nomination for the Theodore & Claire Morse Residence to the city’s Historic Site Preservation Board. The 42-page nomination was prepared for PSPF by PSPF board members Ron and Barbara Marshall.

On February 15, 2015 PSPF held a fundraising event at the Theodore & Claire Morse Residence. The event entitled “Hollywood Glam in Palm Springs” was a great success attended by over 150 partygoers. 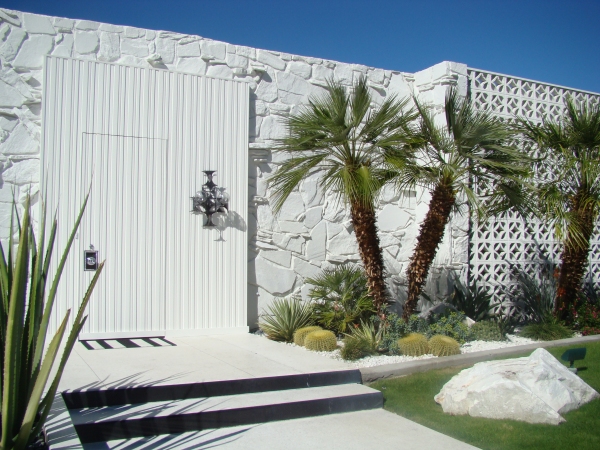