On October 22, 2017 La Serena Villas appeared on the front-page of the Los Angeles Times newspaper’s “Travel” section in an article entitled “Sublime Rediscoveries.”

In October of 2017, La Serena Villas was featured as part of PSPF’s ongoing “THIS is Palm Springs” postcard series.

In 2016, after its purchase by a new preservation-minded owner, La Serena Villas was redeveloped into a luxury property with all the modern amenities of a 5-star hotel.

On March 14, 2014 the PSPF board of directors received a briefing from architect May Sung of SUBU Design, Pacific Palisades (currently representing the owners of La Serena Villas) regarding the proposed rehabilitation of the historic property.

On May 22, 2012 PSPF received an email from the general manager of the Del Marcos Hotel stating that the owners of the hotel had purchased the adjacent La Serena Villas with the intent of restoring the historic property.

On April 14, 2009 the Historic Tennis Club Neighborhood Organization sent a letter to the city council supporting the historic designation of La Serena Villas. The HTCNO letter cited the PSPF-commissioned report by o2 Architecture. Also that day, PSPF board member Gary Johns’ Valley Voice column entitled “Save Neighborhood with Historic Designation’” was published by the Desert Sun newspaper. In his column, Johns chastises the owners of various important properties in the historic Tennis Club neighborhood (including La Serena Villas) concluding that “our community has been taken advantage of by developers and their failed promises long enough.” To read the Op Ed piece click here.

On April 8, 2009 PSPF sent a letter to the mayor asserting that it was abundantly clear that the only “sure path to the eventual restoration of La Serena Villas is the Class 1 historic designation of that property.” The letter also enclosed an assessment of the restorability of La Serena Villas by local architect Lance O’Donnell (principal, o2 Architecture).  Read the PSPF Letter

On December 16, 2008 the Palm Springs city council received a letter from a Los Angeles law firm representing the owners of La Serena Villas that claimed that a historic resources assessment “prepared by LSA Associates at our request…concludes that under current conditions the Structures do not qualify for Class 1 historic designation.” PSPF’s review of the LSA Associates assessment found numerous shortcomings in the report.

In 2004, the owners of La Serena Villas were granted permission to renovate the .9 acre property located at 339 South Belardo Road consisting of 11 Spanish Eclectic-style bungalows (27 units in total). Work was started but never completed as funding for the project eventually evaporated. In May 2008, the owners filed an application to demolish the hotel in response to complaints that the property had become a health and safety hazard. A stay of demolition was issued by the city council in July 2008 and in November 2008 the city’s Historic Site Preservation Board (HSPB) recommended Class 1 Historic Site designation. Unfortunately, the city staff ignored the direction of the HSPB because at the April 15, 2009 city council meeting the city planning staff unilaterally chose to recommend an anemic Class 2 Historic Site designation (which only creates a written and photographic record and would have allowed the demolition of the bungalows to proceed). 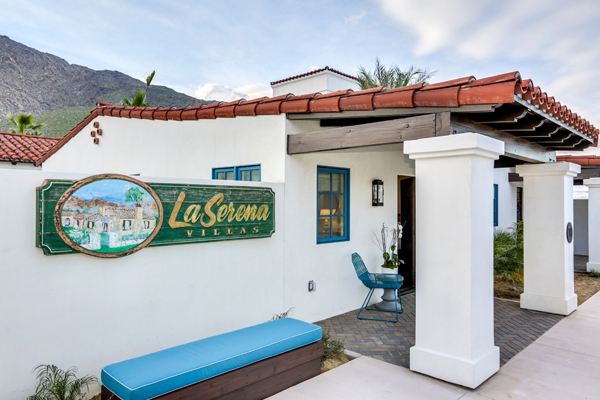