On Sunday, March 29, 2015 PSPF released Sentinels in Stone: Palm Springs’ Historic Tennis Club Neighborhood and its Iconic Walls at an event at the Burnham Residence & Artist’s Colony (now Colony 29). The 48-page tribute journal, written by historian Steve Vaught and designed by Clara Nelson, chronicles the early history and architecture of Palm Springs as told by the stone structures including elegant residences, artist cabins, walls of all descriptions, even lowly turn-of-the century irrigation ditches.

In July of 2014 historian Steve Vaught provided the PSPF board with an initial draft of the “walls survey” (working title Sentinels in Stone). Vaught’s “informal survey” turned out to be such a scholarly and well-written history that the PSPF board discussed turning it in a tribute journal. This suggestion was passed to the HTCNO leadership who enthusiastically concurred. PSPF board member Barbara Marshall was assigned the task of bringing the project to fruition using Steve Vaught’s draft manuscript.

In June of 2013 the Historic Tennis Club Neighborhood Organization (HTCNO) board met and at PSPF’s suggestion, agreed to assign the task of conducting the “walls survey” to local historian Steve Vaught.

On January 16, 2011 PSPF awarded a $1,600 grant to the Historic Tennis Club Neighborhood Organization (HTCNO) to fund a scholarly survey of the historic walls of the Tennis Club neighborhood. The survey will document information about various types of stone walls, some dating as far back as the late 1800s. The completed survey will be made available to the Palm Springs Historical Society and the city’s Historic Site Preservation Board. We also plan to make portions of the completed survey available on-line. 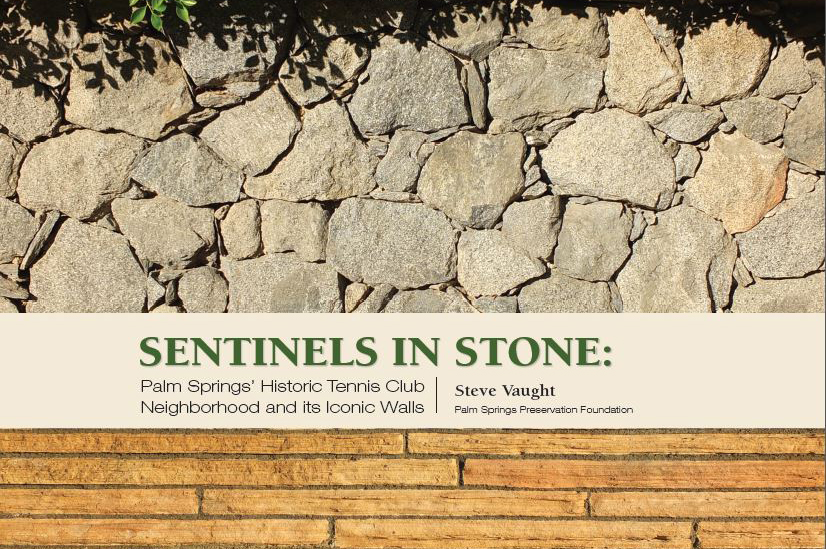