The Desert Magazine Building (1948), designed by architect Harry J. Williams, is a 17,000 square-foot building that housed the Desert Magazine and numerous other publications along with an art gallery, gift shop and gem shop. It was also the home of the Smoketree School of Desert Art. As the first commercial building to be built on the first developed block in the city of Palm Desert, it is arguably the city’s most historically important structure. Designed in the Pueblo-revival style, the building is still remarkably intact.

On August 23, 2012 the Palm Desert city council voted unanimously 5-0 to allow the destructive façade remodeling of the historic Desert Magazine Building despite compelling testimony by PSPF board member Ron Marshall and members of the city’s Cultural Resources Commission and local historical society. Citing various specious rationales for their incredibly shortsighted decision, the Palm Desert city council saw fit to sacrifice the city’s most historically important commercial building in deference to the whims of the current owner.

On August 13, 2012 PSPF sent a letter to the city manager of the city of Palm Desert stating that PSPF had been made aware of a proposed modification to the Desert Magazine Building and that “the unnecessary and arbitrary modification of this historic resource would be nothing short of a tragedy.” The letter also reminded the city of its legal obligations under the California Environmental Quality Act to critically evaluate projects which might cause substantial adverse change to an historic resource. Most importantly, the letter attached a “Historic Resource Evaluation Report” on the Desert Magazine Building prepared by PSPF board member Patrick McGrew. McGrew’s scholarly assessment of the architectural and historic importance of the Desert Magazine Building serves as compelling rationale for any alterations to the building to adhere to the Secretary of the Interior’s Standards for the Rehabilitation of Historic Structures. 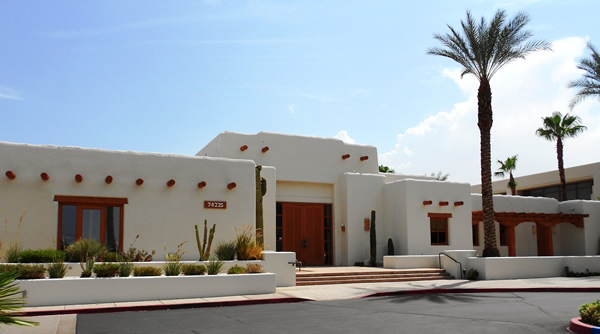